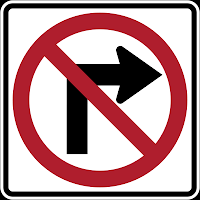 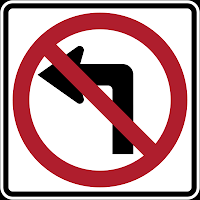 I have never been all that good with directions and have frequently confused my right from my left. But when it comes to Christians and politics, I have made it my business to try and get the two sides straight. I grew up in a family with a strong Right dominance. I attended a college that presented the Right but leaned Left, and I was (and still am) surrounded by a group of friends who strongly associate themselves with the Left.  Where do I stand you ask?  It all depends.

In light of the recent election, I thought I would post some of the thoughts I shared with my college students the night of November 4th.  That night was one of great emotional turmoil for me.  (Mostly because I love all the people in my life, Right or Left though they may lean, and I deeply desire respect and understanding all around.)  Okay, this is the Right and the Left in bullet points as I see it.  I’m not going to give you what each side has to say in response to each “issue of focused attention”.  Instead, I’m just comparing the overall emphases of each side.  I also think it is important to note that each side believes that their “issues of focused attention” should be the issues where the government focuses its attention.  The Right wants government to do this through legislation and the Left would like to see it happen through government-sponsored social services.
THE MAIN ISSUES OF FOCUSED ATTENTION
Christian Right: SEX & SOCIAL ISSUES

Christian Right: “America is great because she is good.  When America ceases to be good she will cease to be great.”  Belief that we were founded on Godly principles and if we want to continue to receive God’s abundant blessings, we need to fight for morality (as defined by the issues of focused attention).
Christian Left: America has the potential to be great, but she is not good.  Her history is founded on bigotry, oppression, and intolerance.  Belief that if we want to be great, we need to work for global peace and social justice (as defined by the issues of focused attention).
CHRISTIAN VALUES EMPHASIZED
Christian Right

So, how do we have dialogue when there appears to be such divides amongst the body of Christ?  Well….here’s a good place to start.  I suggest that the Right stops questioning the salvation of the Left and that the Left stops questioning the motives of the Right.  In one article I read by an atheist trying to summarize what he believed the Christian Right & Left believe, he said something along the lines of “to my amusement these Christians appear to vehemently hate one another”.  How sad…  My hope is that we will all be able to emphasize our common values in Christ and that the world will truly know we are Christians by our love, not our dogmatism.