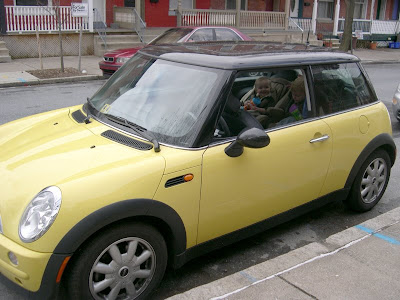 Our minivan is still in the shop. It is being held hostage while insurance companies, appraisers, and mechanics negotiate the terms of our poor car’s release. In the meantime, my parents have generously lent us their Mini Cooper. This car is called Mini for a reason! I don’t necessarily recommend it for a family of four with a dog, but it is fantastic for the city. It’s fun to drive, great on gas mileage, and easy to parallel-park. (I really should have taken pictures of us after a major shopping trip to B.J.’s. It was hilarious. You could hardly make out Zephy amongst all of our many bulk items. He was lost somewhere between the ridiculous amount of toilet paper and the huge bag of frozen chicken cutlets.) 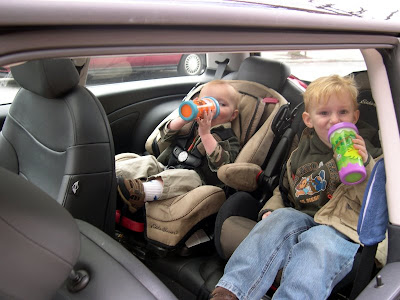 Matt has been at a conference for the past four days, so I have had my hands full trying to tire out the boys all on my own. They have had no trouble tiring ME out! Below are some pictures that I took today. We live a few blocks from the Susquehanna River and take full advantage of any opportunity to walk along it’s shores. The daffodils are finally in bloom (I was giving up hope that it would ever happen), so now I can rest in the knowledge that spring will fully spring soon! Woohoo, I survived yet another Pennsylvania winter!
The rock graciously volunteered to take this picture for us. (Let me clarify: literally it was just a pile of rocks, and unfortunately not THE Rock.) 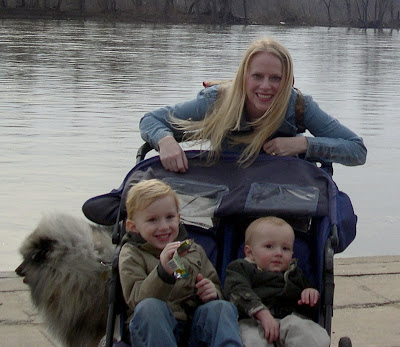 Harrisburg has these metal cows decorated in different motifs all over the city. The boys have deemed this one, the Jazzy Cow, their absolute favorite. It is pretty jazzy. 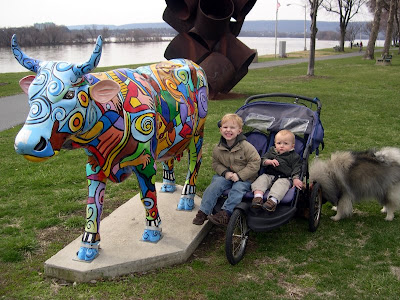 Asher insisted that I capture his milking prowess. 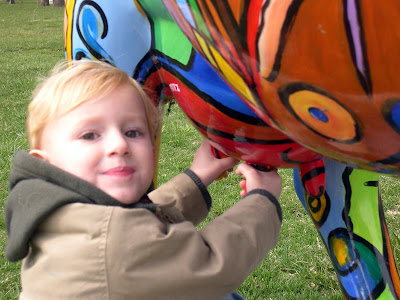 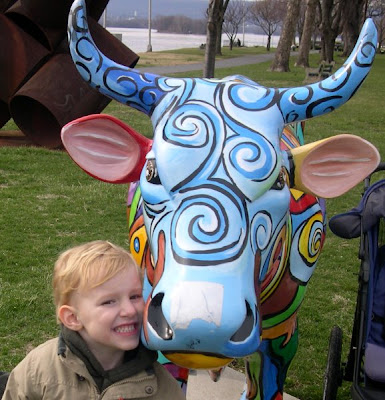 Boys frolicking in “The Sunken Garden”. 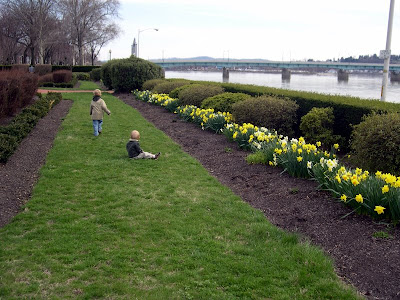 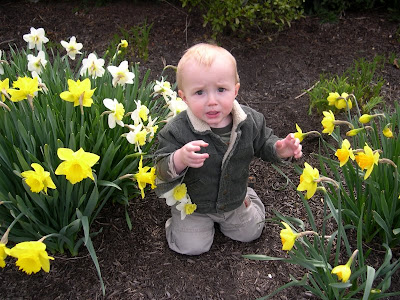 Starting to warm up to the idea… 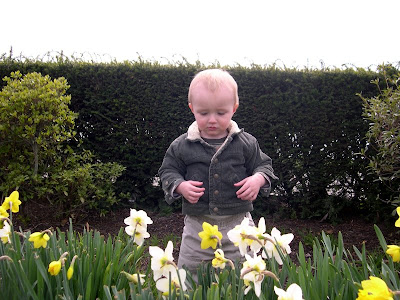 Okay, Mommy, this is kind of fun I guess. 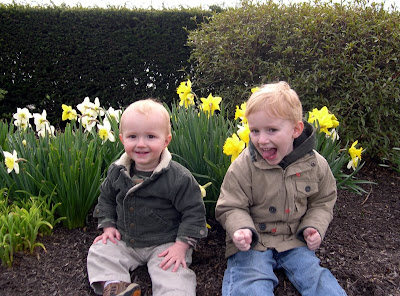 “Zephan, this is called a dinodill.” Asher refused to say daffodil. I guess having it somehow relate to his special interest topic made it more appealing to talk about! 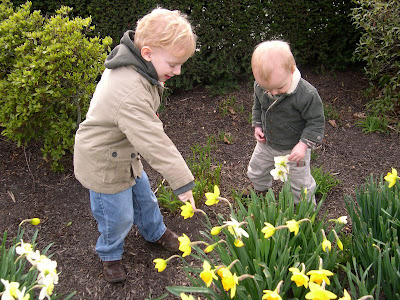 Running like crazy in the gazebo, or as Asher called it, “someone else’s house”. (When we were here last, there was a homeless person camped out.) 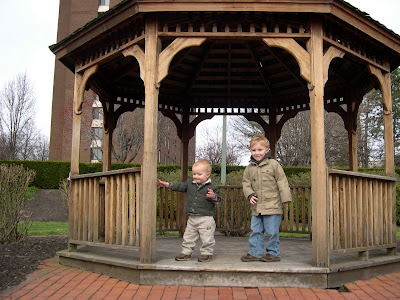 This next picture was taken right before Zeph put some bird poop in his mouth. Asher, startled by my reaction to this gustatory experiment, declared that Zephan was being naughty. I explained that Zephan is still a baby and that babies are very curious. They learn by exploring objects with their hands AND their mouths. Much like a little monkey, Zephan is curious, like Curious George. Asher blinked at me and then stated, “Yea Mommy, but Curious George don’t go around eating bird poop!” Hmmm…good point. 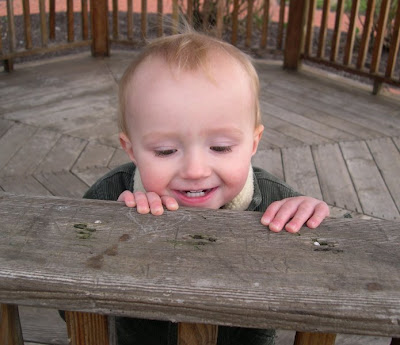