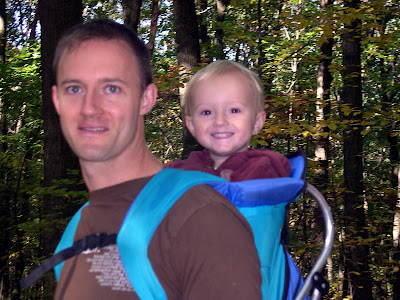 This past weekend Matt had Friday off from work, so we celebrated the good weather and time off with visits to our favorite farms on Friday, hiking and kayaking on Saturday, and kayaking again on Sunday!

The pictures below were taken at Boyd Big Tree Preserve in Harrisburg. We were given a well-marked map by a friendly ranger at the beginning of our hike and ventured to find the posted creek and pond. Unfortunately, the creek was a sad little trickle of water and we were fearful that the pond might end-up a disappointment as well. We were pleasantly surprised to find this pond at the conclusion of our hike..even Gandalf was thrilled. (While I was snapping pictures of my guys, Gandalf managed to get away from me and subsequently reenacted a scene from The Call of the Wild. He was quite muddy and wet when it was all said and done. Naughty dog!) 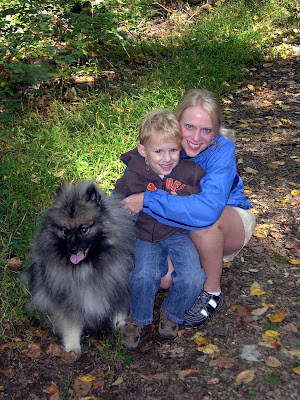 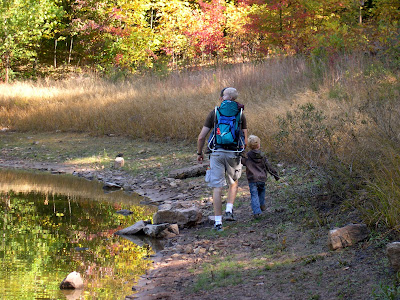 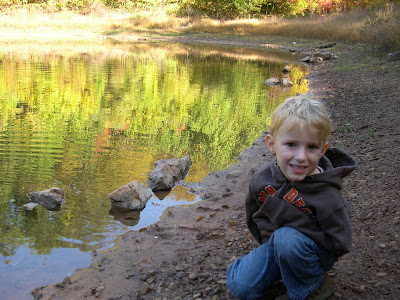 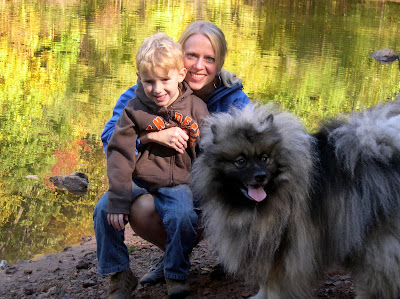 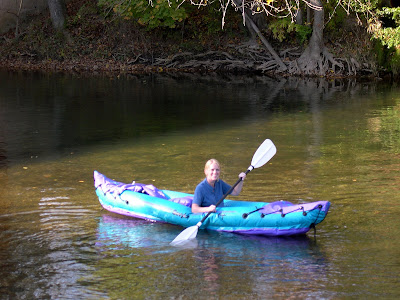 Our neighbors lent us their inflatable kayak for the weekend, so we took advantage of it! On Saturday, we hired a babysitter and took the kayak out on the Susquehanna River which is walking distance from our home. Despite the ankle deep water in many areas and the deflating kayak, (Note to self: inflatable kayaks aren’t really meant for 190 lb men with 125 lb wives) we had a blast. The scenery was beautiful, and I now wish I had risked bringing my camera. We kayaked a distance of 5 miles and enjoyed the rolling hills, rock bridges, and waterfowl the entire way.

On Sunday afternoon, as I was engrossed in preparing a psychology lecture, Matt announced that he was taking the boys to Messiah College to walk around the fitness trail. This is something we do together on a regular basis. I had the flash of genius to request that he watch the boys while I kayaked down the Yellow Breeches. As a freshman at Messiah, I fondly remember canoeing and tubing down the Breeches and have wanted to reexperience the fun since we’ve moved back to the area. Matt generously agreed to babysit the boys while I played out my Pocahontas fantasies.

It was so much fun! However, I have to admit that kayaking by myself (in a now rapidly leaking kayak) was much harder than I anticipated. I had to navigate many rapids without knowing what in the world I was doing. Upon meeting my first rapid, I spontaneously took the “just-float-over-it-with-no-strategy-whatsoever” approach….which I do not recommend. I got a bit wet on that one and nearly wrapped my kayak around a rock. So on the next rapid, I decided to develop a strategy. It basically consisted of a lot of giggling, screaming, and frantic-paddle flapping. This technique was met with much more success, so I basically stuck with it the rest of the ride.

About an hour and a half into the trip, my sensible self (a.k.a. freaking-out self) started taking over and I began imagining all sorts of horrible scenarios (i.e. bumping my head on a rock, being stranded and wet in the middle of nowhere, having a madman come out of the woods and get me, being attacked by a large duck, etc.) Therefore, I decided to end my trip a bit shy of my original destination. I found a path which looked safely worn and followed it down to a small park. From there, I called for my John Smith to come and get me (and yes, I realize that this analogy falls very short of historical accuracy).

« An Apple a Day Brings Dr. Grandpa to Play
So much to do with so little resources… »